This year the 45th ISDT took place 5th – 10th October 1970 and was based at San Lorenzo de Escorial and mountain town to the North of Madrid, Spain.

Photo – #83 Toni Stockmeier to the right of his 5 Speed Sachs machine at the Scrutineer tent. ISDT 1970

ID came from Beppe Bonardi with thanks. Tom, Jeff & Jack Penton, some greats in developments & ISDT plus other competitions too. Thanks to Jim Hollander of USA for helping us to identify that is what the Guest book is for.

BIG THANKS to JIM HOLLANDER.

Photo of Radio plan of the course. (Courtesy of Brian Catt) ISDT 1970

Here from Brian Catt’s collection is a much needed one of Mick Andrews on his 250 OSSA on Staircase which only looked easy!.

A Kind & helpful Message follows from SERAFIN who helped us identify“Staircase”. :  By the way, we will ride that section today at 21 hours in the evening. We do it only one time a year, in the summer when the temperatures go down. Today is the day I do not believe they could go up over there with those bikes, they were supermen. It is 2 km of rocks like basketballs going up, corners, more rocks, 1 meter step, 200 meters of more rocks etc. In the half distance there is one big rock section inclined 30-45 degrees across the path you have to pass it with the right momentum, if not you will slide to the right 1 meter fall. If it is wet, forget to go there.

Only I believe they were there because the photos.:- SERAFIN.

The above numbers do not tally with the results sheet and these photos may have been taken at a test  / qualifier event.

Photo of Mick Wilkinson at the preparatory run for  machines in Berkshire.

Scott Ellis, originally entered on aq 175 Greeves, this he rode however was a 175 Puch.  a machine he rode in several Welsh 2 Days events.

Brilliant pics from Brian Catt without which we could not even have added the 1970 ISDT, I do like Triumphs anyway!

For more info on this bike see the feature in our Folks ‘n Motors sections. This bike was sent to auction in 2010 and more pictures and details can be found here

Photo of #177 W I (Ivor) Smart of Wrexham also on Staircase using 250 Husqvarna which has some on route repairs evidence to torque Arm plus damage to the front end!! (see footnote)

Photo of Harry Heward of Benfleet on a 125 PUCH, a long time Greeves Rider who lived near the factory. ISDT 1970

After the Speed Trial at the twisting Jarama Circuit L to R  all listed in the programme to be on Triumphs not Cheney Triumphs, Mick Wilkinson 504cc, Jim Sandiford 504cc next, thought to be Malcolm Rathmell listed as 400cc in Programme, probably 490? his bike not in pic, then Ken Heanes 504cc John Pease (prog. says 501cc) probably 504cc next is thought to be Colin Dommett who rode the spare machine listed as 400 as per Rathmell’s machine.   Great stuff from Brian Catt.

What did the Papers Say!

Not much right now but we are always happy to beg for gifts of scans of copies of foreign language magazine reports on the ISDT , translated even better. 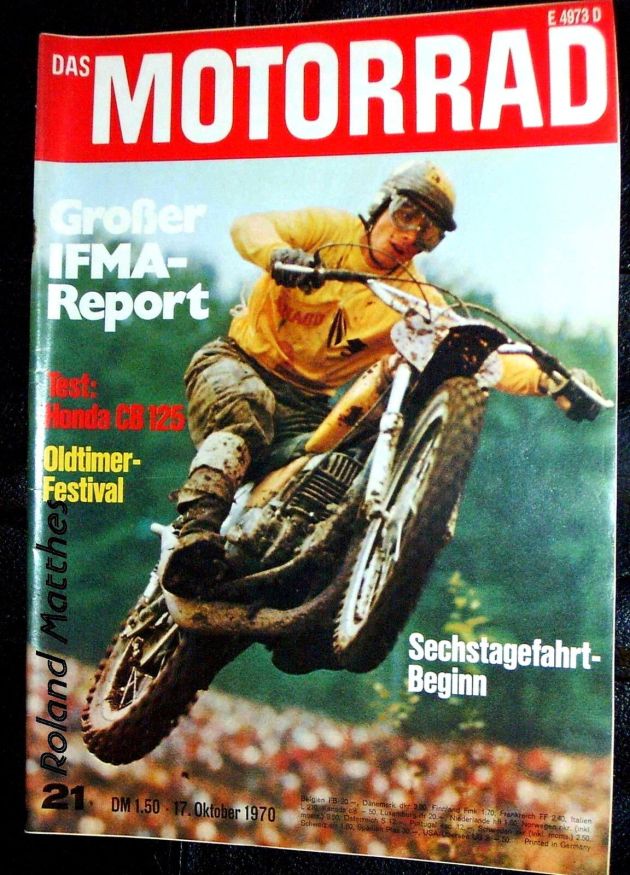 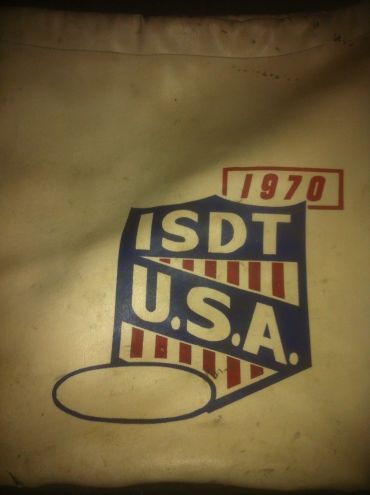 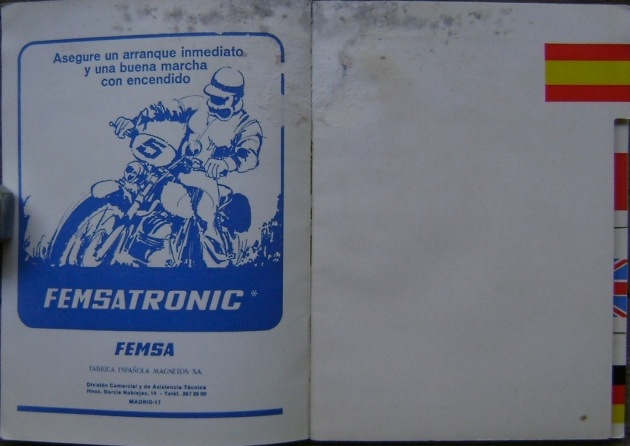 Just found this on the trials central web site, am trying to contact the poster to see if he has more details on this interesting bike ridden originally by a near neighbour and great friend of mine sadly now departed:

I have just aquired a 1970 Bultaco Matador prototype mk4 sd, one of 25 built for the ISDT in el Escorial in Spain in 1970 , this bike was ridden by a belgian called Jean crossett . It was then bought from fx Bulto himself by W I (Ivor) Smart of Wrexham after he followed it in the 1970 event in El Escorial. Ivor then rode it in the 1971 event in the Isle of Man winning a gold medal in the process, he rode it in a few events afterwards and then stored it for 30 odd years. I saw this bike when I went to look at another Bultaco never thinking i would get the chance to buy it, unfortunatly Ivor died a couple of years ago and the bike passed to one of his sons who kept it for a while and then decided to sell. It realy is in very original condition with its scrutineering marks from not only it’s IOM outing but also its 1970 debut in Spain. I would realy be very grateful if any body has or knows where i can get fotos of either event showing the Bultaco 1970 #226 1971 #154, Thanks in advance Pat Kean