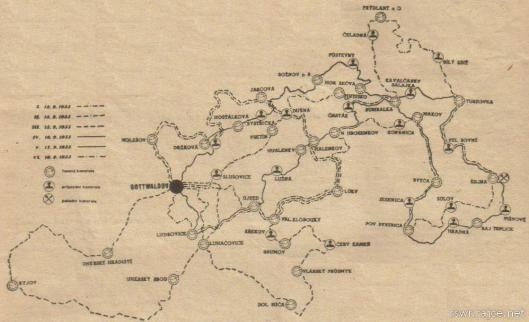 2014 sees the 50th anniversary of the holding of the ISDT 1964 in Erfurt, East Germany. The event is one which gets a lot of attention and is number one International when it comes to enquiries and hits on our web search.

Thanks to the help of our contributor STB who has sent the route maps for the event which we will add to the ‘mapping the ISDT project’ this winter. Keep watching this page to see how it progresses.

END_OF_DOCUMENT_TOKEN_TO_BE_REPLACED

We now have a map … not sure when I will have time to start making a digital version. Let me know if anyone has any better information please. 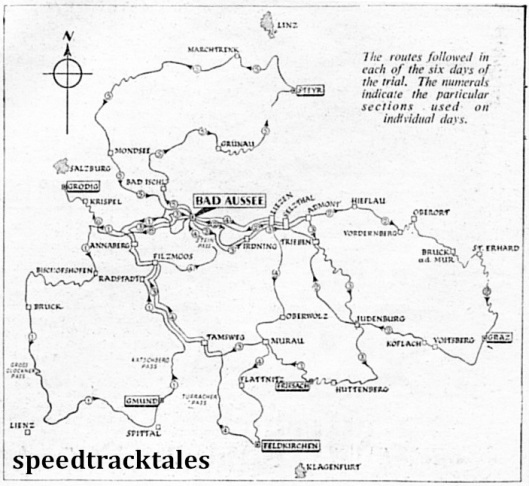 Image – The routes followed in each of the six days of the trial. The numerals indicate the particular sections used on individual days. ISDT 1952 (Speedtracktales Collection)

I am starting the preparation to mapping all the ISDT’s, especially our home nation ones in the UK. Work is commencing as detailed mapping or advice on the route becomes available. Thanks to the kind intervention of Bill Kershaw, we now have a copy of the ISDT 1961 Programme which includes a detailed map with Ordnance Survey detail for the route of each days course in 1961. Whilst work is committed ot existign projects I have posted the maps we have here and hope if anyone has additional information that can help, please drop a line in the comments here or on the guest book

END_OF_DOCUMENT_TOKEN_TO_BE_REPLACED

Based at Obertsdörf in South East Germany, the second of a three year stint which immediately after a limit of no more than two events in succession could be held in one country, the following two years event were held in Britain but after the third win the event could not be held again in Britain so it was held in … er Germany.. but that’s another tale.

We only so far have a map which came from the family collection of ISDT artefacts retained by the family of rider GM Bryant and recently was passed over to the care of the Speedtracktales Collection.

Starting work on this, until we get more maps, progress be slow and will not get better than acceptable level of accuracy for other than day 1 for now, sadly. 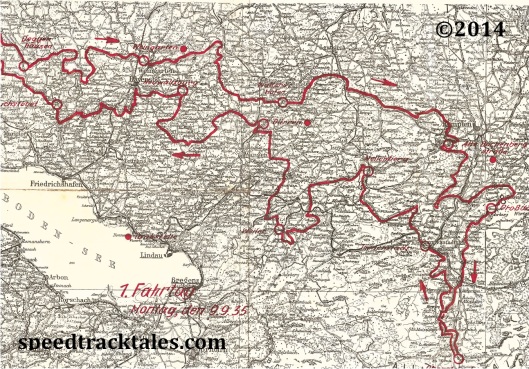 END_OF_DOCUMENT_TOKEN_TO_BE_REPLACED

We’re not yet ready to start this one as we still have Wales to finish but if anybody has higher quality maps than these low resolution images we have acquired to help improve accuracy or has personal knowledge of the course please feel free to contact us with what ever offers of help you have.

Clicking on the images below should produce enlarged images

END_OF_DOCUMENT_TOKEN_TO_BE_REPLACED

‘Uh oh’ here I go again, let’s get mapping. Any tips or clues welcome as we are a bit short on detail other than this map. update – It goes without wonder that our first two offers of help were from German readers, Andreas who has helped work out the modern place names, and the incredible ‘STB’ who without asking bowled up with detailed original maps for days 1 and 2 of the event.

This will be a rolling task based on sparse information.. come back to see what we are finding. Aided by just two 1936 issues of ‘the Motor Cycle‘ and without the final day report this map and list of places is the best at the moment. Any Germans, Bavarians able to help please do. as ever •Bold = known checkpoints, Italics = I could not locate the place.

END_OF_DOCUMENT_TOKEN_TO_BE_REPLACED

In this Post we are going to create from modern geographic information such as Google Maps, the route of the ISDT 1939. I needed to have a list of destinations for the event to help tagging a recently discovered photo collection to date the images. As there is not as of yet, any detailed mapping of the route used and so until such maps are re-discovered this list of each days stops are taken from the maps provided with the results and programme. User Caveat: As this event was organised by the German Government and Military I presume they could go very much wherever they chose. It is likely that some of the tracks used for the event and featured in this article may cross private land for which to use now, the consent of the owner may be necessary. To decide if this is the case, you may need to do further research, unfortunately, we are unable to give advice. 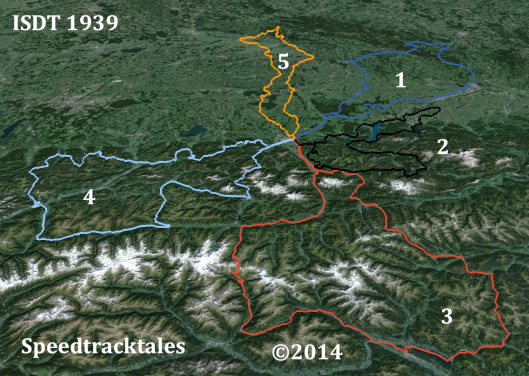 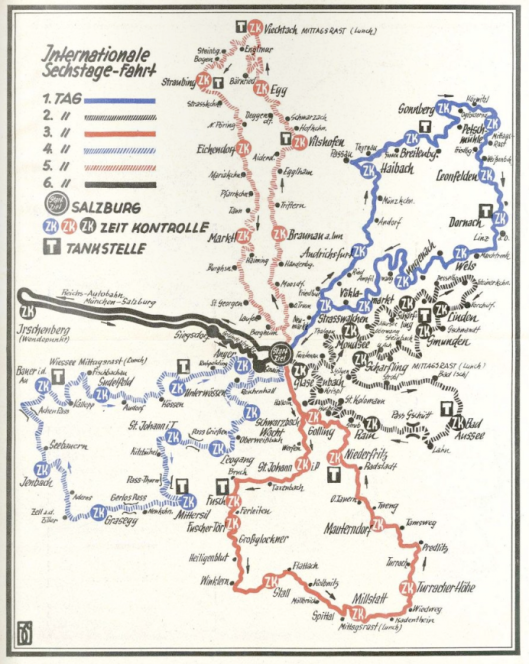 END_OF_DOCUMENT_TOKEN_TO_BE_REPLACED

Carrying on with the project we remain slightly handicapped by the low availability of original route maps. However there are fairly accurate maps of the course in the programmes although we do not yet have a full set of originals. In the past kind donations to Taff of scanned programs for the old website has resulted in only poor quality low resolution copies to work from but it is hoped this can be resolved with support from site followers.