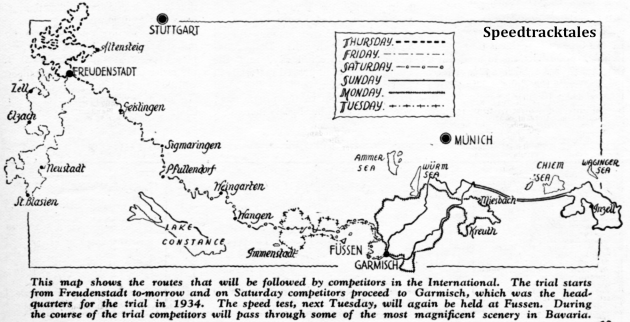 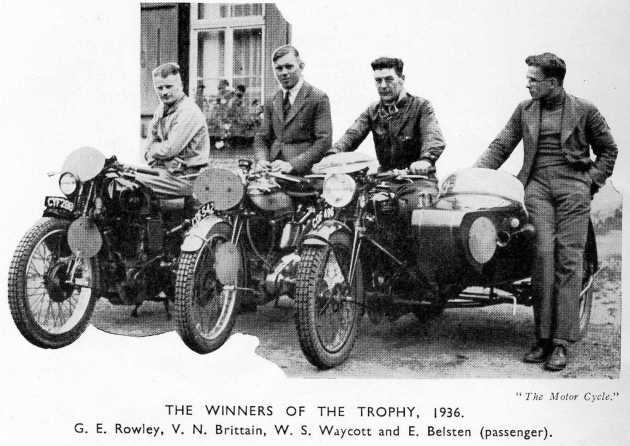 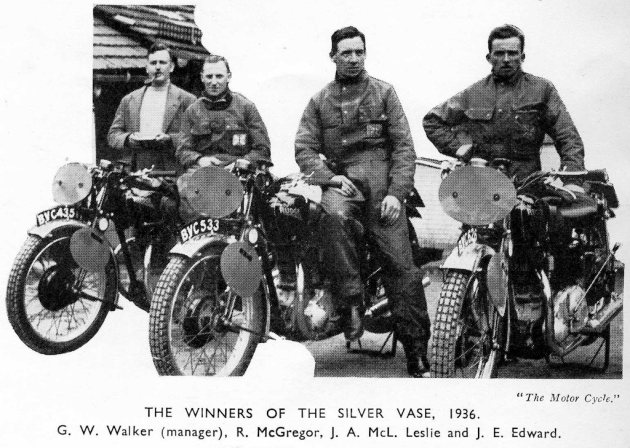 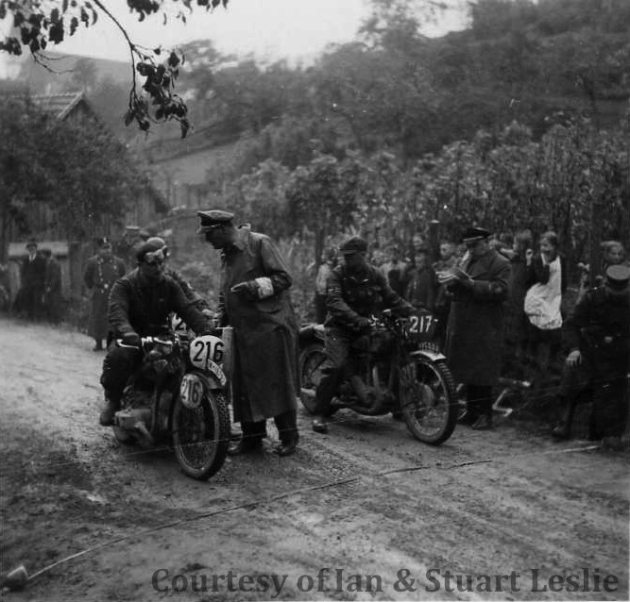 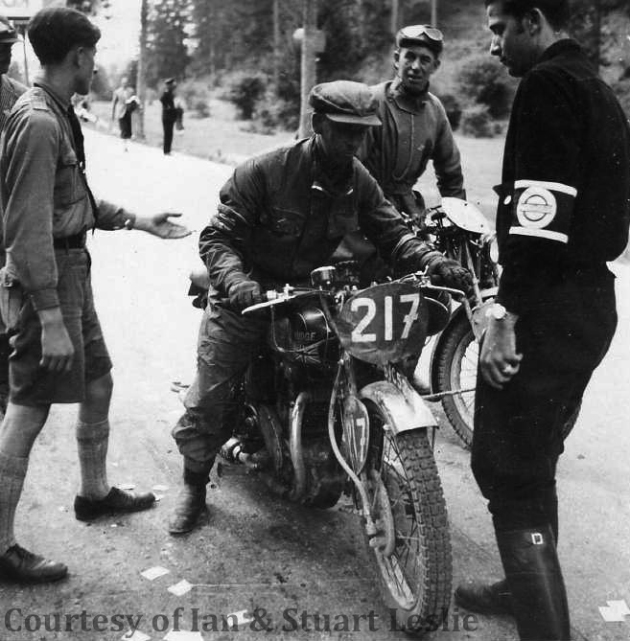 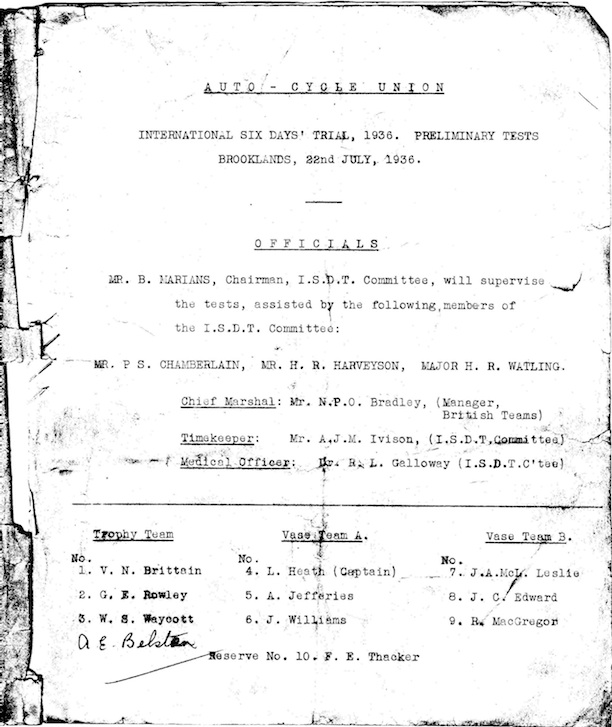 Information about officials and selected riders. (courtesy of the Wryan Collection) ISDT 1936 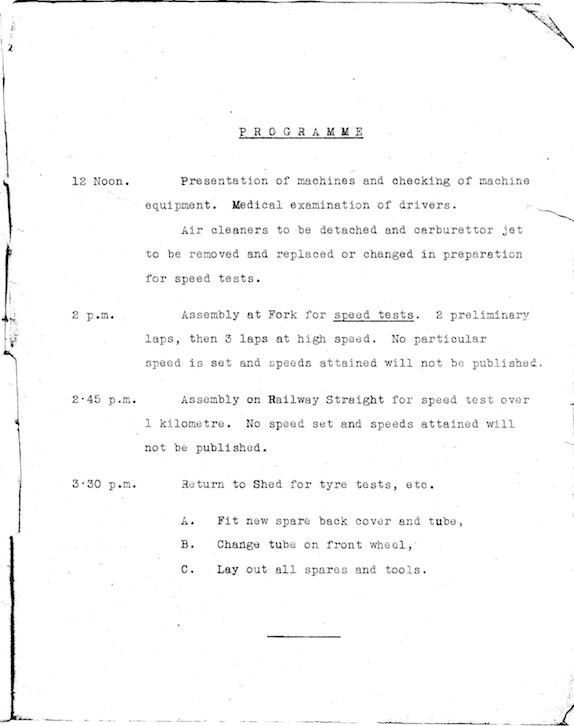 We would never have been able to get 1933 & 1936 going had it not been for Bill Snelling of Isle of Man fottofinders, he has helped with no thought of reward for himself, thanks to Bill. 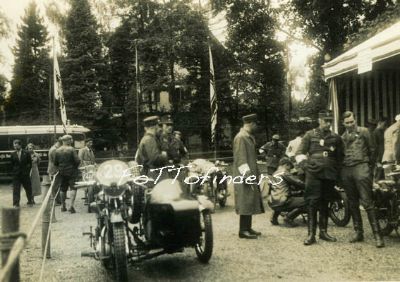 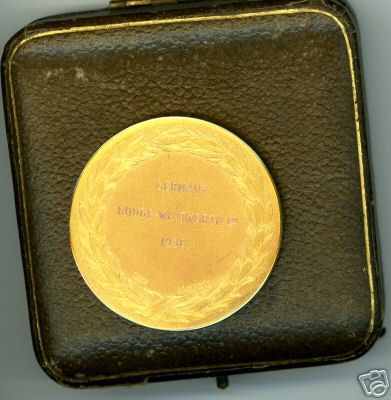 Thanks to our regular helper A Holthaus who brought this picture of Mrs Ilse Thouret to our attention “Motorradfahrerin Ilse Thouret liest die B.Z. am Mittag am Etappen-Ziel der Sechstagefahrt in Garmisch-Partenkirchen ISDT 1936”

This is the same bike Ilse is seen on in a photo in our page for the ISDT 1937 although it’s number as of yet is not recognised as being one of the ISDT event numbers. She was a very sporting lady, good gymnast at the age of eleven, later an accomplished hockey player and subsequently trainer of national women hockey selection team, as well as multiple german canoe champ.
Starting with motorcycle sports, in 1932, she had fourth best result at the sidecar class, training at a road race event, but officials forbid her to start due to being a woman!
She then, in a situation similar to Britain’s Marjorie Cottle, began concentrating on offroad sports, from 1934 to 39 with official works support from Auto union – DKW. She rode in several ISDT’s and other national and international events.

In 1938 she entered her first car race. After the war Ilse was riding events on scooters, as a team with both daughters, as well as car races and rallys. 1959 across Africa with the DKW Munga 4×4. What a fantastic person and thanks to A Holthaus for this background info on Ilse. Much more on Ilse here although in German www.touren-fahrer.de. There is also a fantastic review of Ilse at the amazing website of the Technical Museum Vienna featuring images from a number of Continental off-road trials at the time not just the ISDT 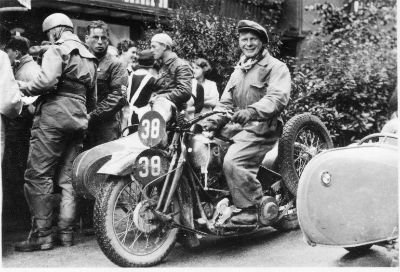 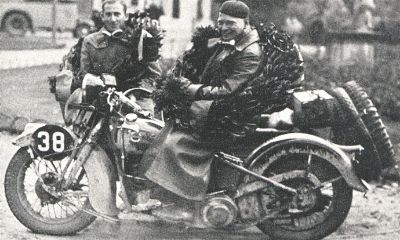 No doubting this photo was taken in pre war third Reich Germany with the Nazi banners and German military uniforms at the lunch stop.

We believe these pics were the Speed trial day start, please send in to advise any data

Photo of riders starting event at ISDT 1936 (Courtesy of Fottofinders) 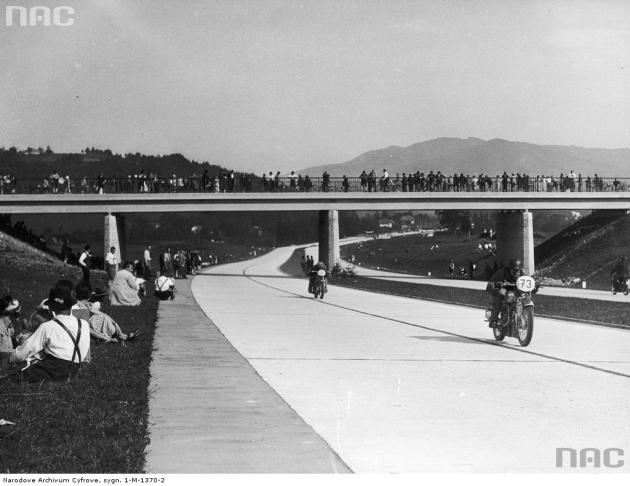 I am endebted to ‘STB’ for sniffing out this copy of the official ‘Final Report’ for the event which provides a lot of information on the results of the event. You can download to view a copy of the report below.

What the Papers said!

The site archive has a copy of this issue of ‘The Motor Cycle‘ which includes a full article on the event up until the day before last and we are grateful to Morton’s Archive for permission to reproduce the contents in this article. We have a copy available to browse online via our issuu.com library 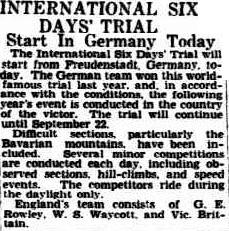 image – scanned article announcing the start of this years event in Germany in ‘the Advertiser‘, Adelaide Australia 17 September 1936 ISDT 1936

This sign measures 400mm x 150mm and is made from tin-plate printed in yellow and black. The sign bears the inscription, “Internationale 6 Tagefahrt 1936 – Sportkommissar” (International 6 Day Trial 1936 – Sport Commissioner).