I am grateful to Bill Kershaw one of our home nation welsh riders in the ISDT 1961 who has loaned me his copy of the event programme which we now have scanned and added to our online library over at issuu.com

You can read the program by following the link to our library at issuu.com

(at present due to changes at Issuu and standards in use at WordPress it is not presently to add new embedded copies of Issuu documents in WordPress pages and you will need access this file by the above link .The file requires a user to have a flash plug-in so will not work with a number of digital devices including iPad and iPhone, we are sorry for the nuisance this causes and hope it is fixed soon)

The programme includes an image gallery of each years ISDT event from ISDT 1948 in Italy through to the ISDT 1960 Austria. I have included the photos from that set below.

Photo – A competitor ducks under a barrier at a level crossing on the main Genoa line. Competitors were helped in this way whilst normal traffic was held up. ISDT 1949 (Speedtracktales archive)

photo – TV Ellis, a member of the Royal Enfiled Team on loose going during the 1950 event. ISDT 1950 (Speedtracktales archive) 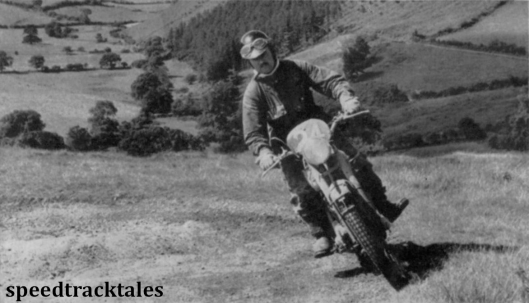 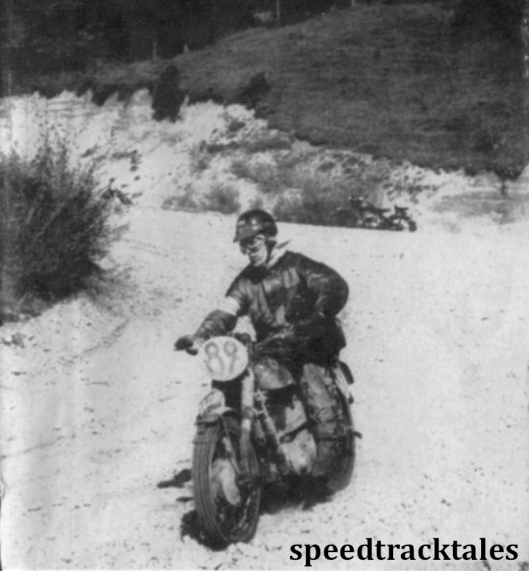 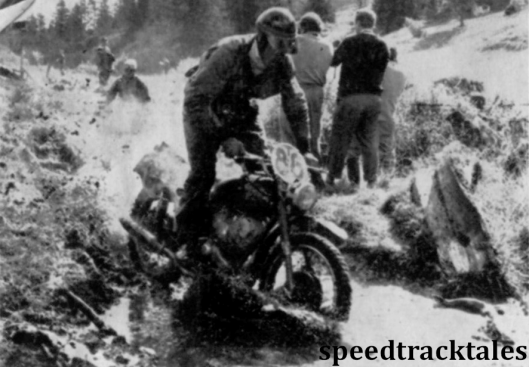 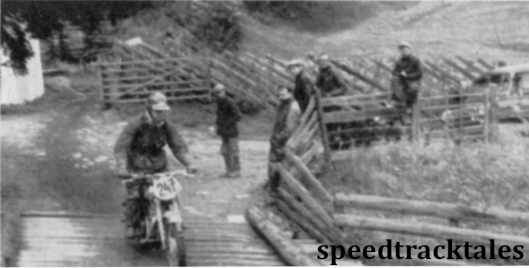