The 46th edition of the ISDT took place in the Isle of Man, part of Great Britain 20th to 25th September 1971

Arthur Willians provided some Bits, so we shall start another page re this Date Event, here is the Monday Start.   This should have been termed International  Sachs Days Trial because 68 German Sachs Power Plants were in use.  Used in USA Pentons, Dutch Batavus, German Hercules, Britain’s Dalesman plus 3 others.
297 Starters in this Isle of Man 20 to 25 Sept 1971 event. Czech ran away with the Prizes,

The Sachs promo Vans had goodies for all.  Ken Heanes, Malcolm Rathmell, Pease, Sandiford, Mick Andrews on Cheney Machinery took Golds had it not been for Mick Wilkinson getting penalties, (said to be after he offended the little fairies people) Britain may well have been in with an extremely faint chance. 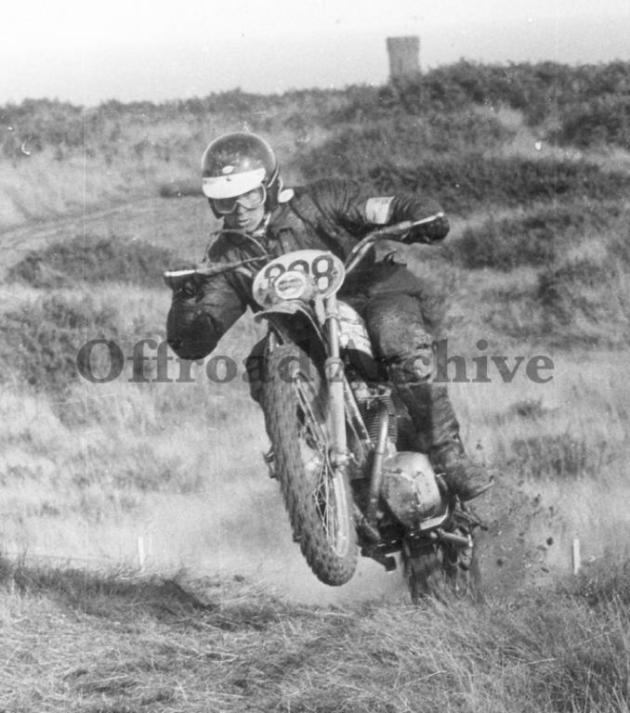 Ed Youngbook’s report of the event in the American Motorcyclist Association’s News magazine of Nov 1971 can be found on Google Books . Go to page 6 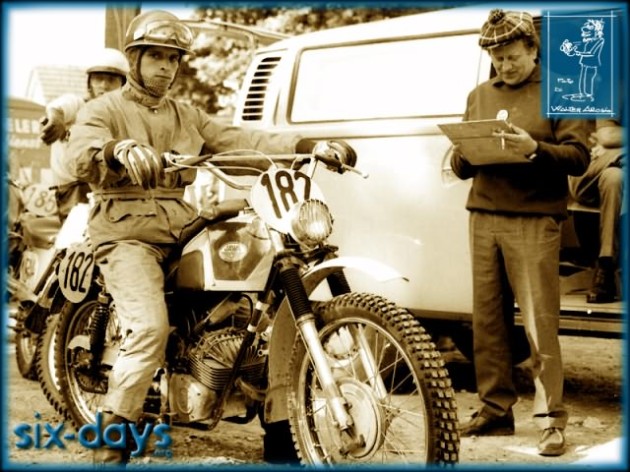 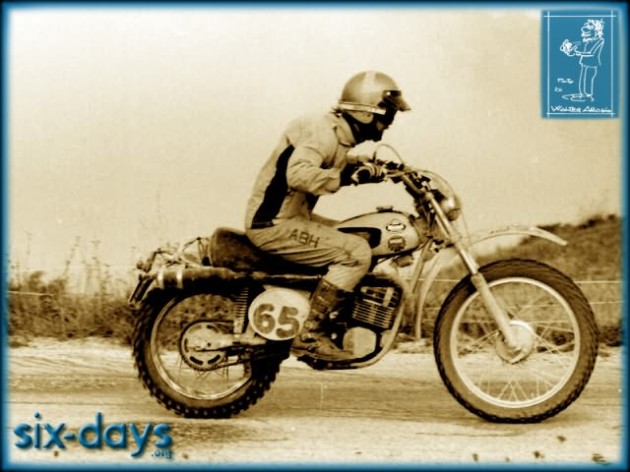 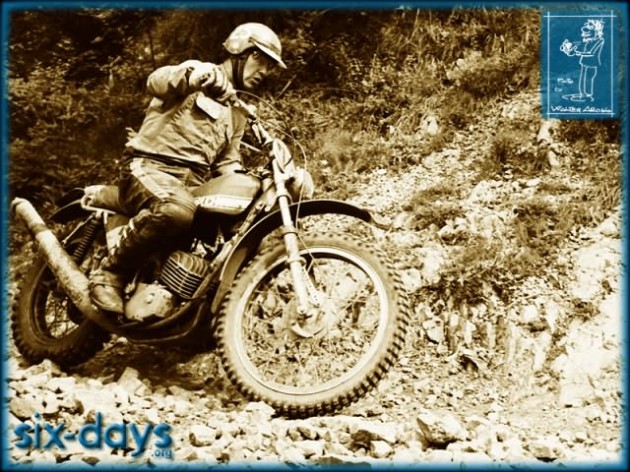 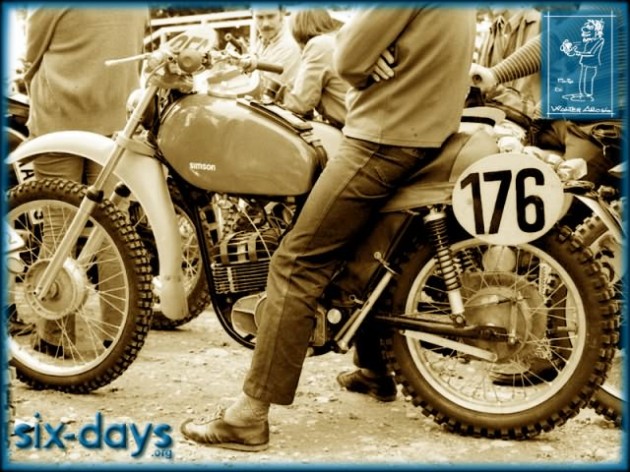 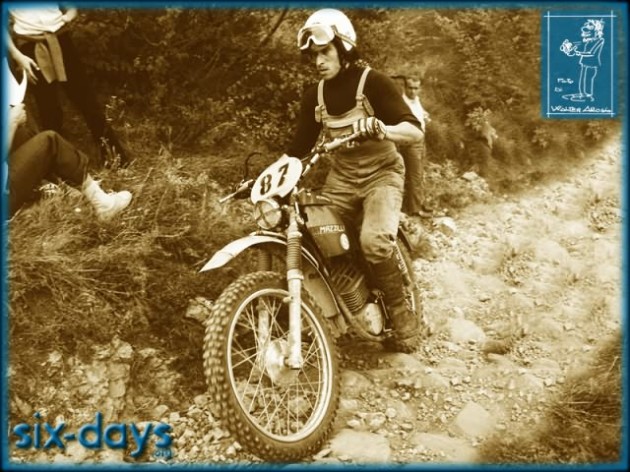 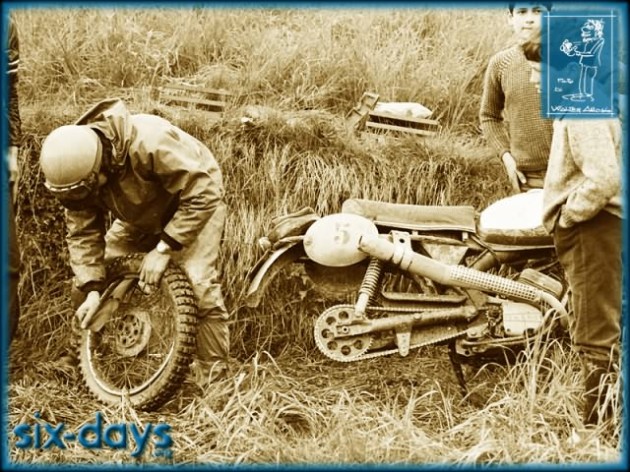 Photo of #197 B Bokstedt, Sweden #207 H Drogosz Poland struggle with others up a tractionless hill  ISDT 1971 ( Courtesy Helmut Clasen) 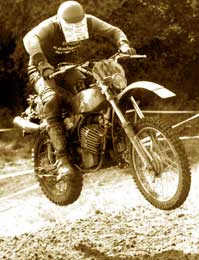 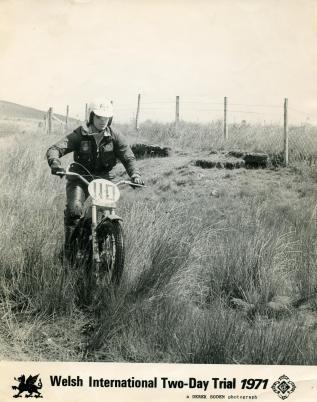 In 1971 experience trials rider in the RAF Tony Down decided to try his hand at riding in the ISDT and submitted himself to the British Event selection procedure which included a number of activities one of which was competing in the Welsh Two Day Trial, on a trials bike, Tony tells his story of discovery of Enduros in an article on his website here

A suggestion for the middle rider being Ted Thompson, has been countered by Brian Catt who suggests it’s probably John Hambrook, who with Dick and Tony was a member of the RAFMSC Team 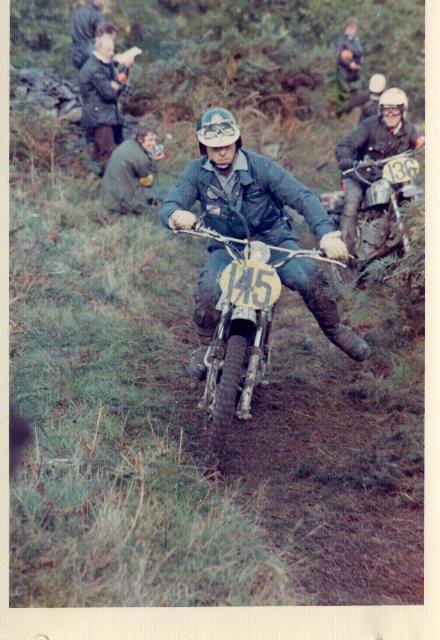 Tony explains with great humour about his bike and the teams experience in the 1971 ISDT on his website here.

Where are they Now?

Here we catch up with a recent photo of John Peases Cheyney pictured above now owned by Dugald Cullen. 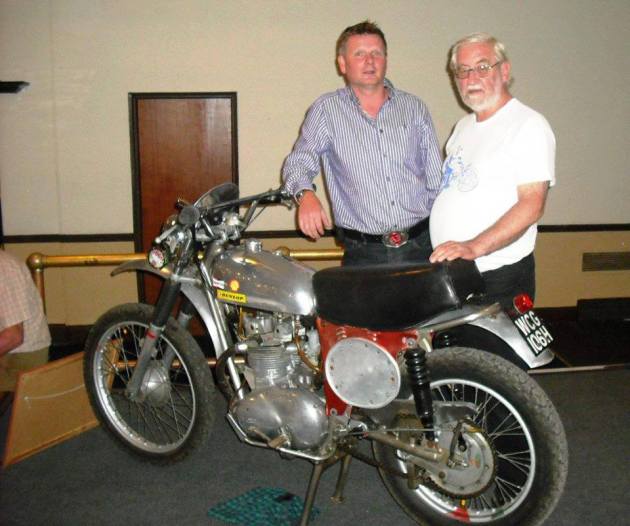 John Pease’s Cheyney [WCG106H] with it’s current owner along with the ISDT’s legendary historian Brian Catt who provided the photo.