Nees reaches us a few days late that one of motorcycle sports greatest stars passed away on the 1st May 2015. Although famous as a road racer he made a significant impact in later years through his company which sold classic historical films of bikes as video and later DVD. There are many tributes in the motoring press which I will not be able to compete with in this mark of respect. Here however is a photo of the dapper Geoff Duke at the ISDT 1951 with British Trophy teamster Hugh Viney. 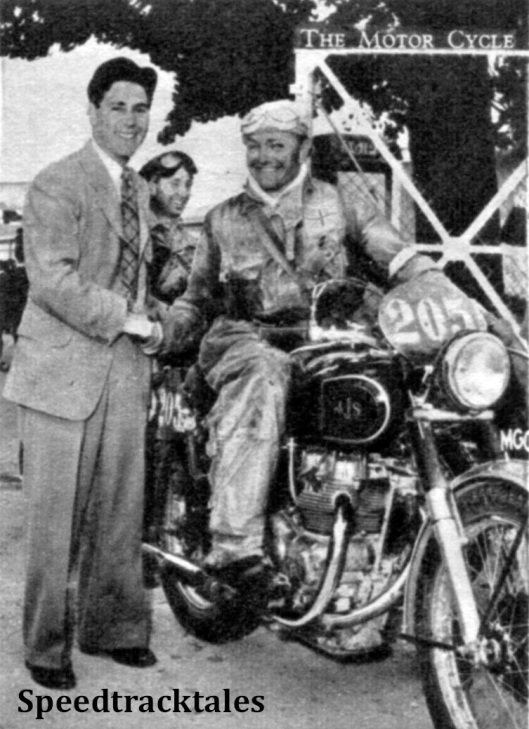