Here at Speedtracktales the uncovering of the ISDT history has very much raised the editorial opinion on the legendary brand of BMW which included some of the most beautiful works of design artistry as well as playing an important role in the sports development, no more so than the sudden unexpected blip in activity by BMW at the very end of the ISDT period with its Works bikes that led to the cult GS80 trail bike. This blog recalls the launch of the famous works team of 1979 and the bike featured in an article here

In the final analysis, motor sport participation is a question of available means. In addition there are such abstract terminology concepts as “group-orientated goals” and “product philosophy” and, in the end, common sense.

Thus BMW never even debated developing a machine for Grand Prix racing from the available products. A four-stroke , two-cylinder, boxer engine could never achieve the performance of a highly developed, two-stroke engine. Laws of physics see to that. 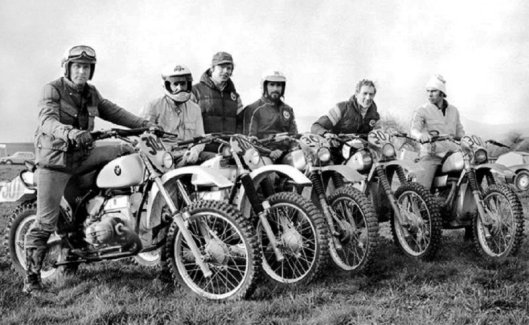