Tomas Melander bought this Monark 125 in 1974 and promptly parked it hence its exceptional condition. Who would not want a gem like this. 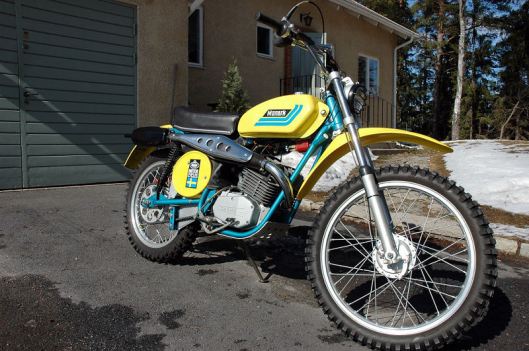 END_OF_DOCUMENT_TOKEN_TO_BE_REPLACED

Thanks to Brian Catt who has provided this course detail from the event programme. 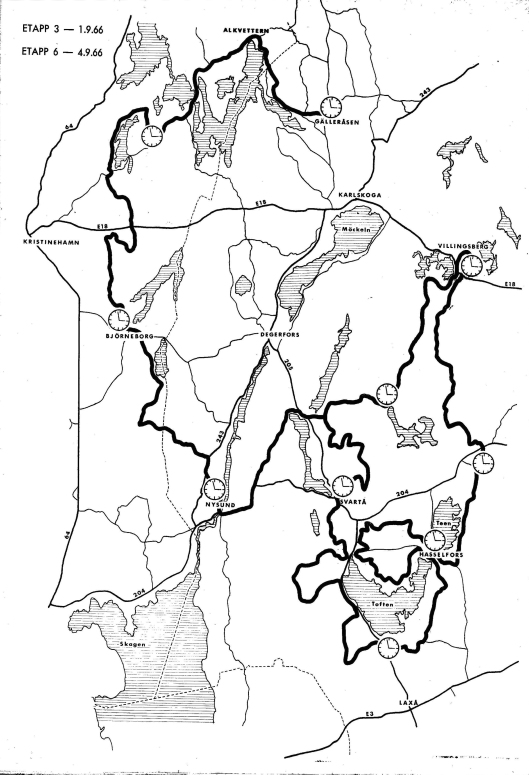 END_OF_DOCUMENT_TOKEN_TO_BE_REPLACED

Recently noticed in the last few months a new collection of very old Photos started coming up in Google Searches although they appear to have existed since at least 2012. A number of the photos I have seen before in the pages of British Motor Cycling Magazines and these look like scans off glass plates or negatives so I am going to presume the Mortons Archive are using this site as another agency to sell it’s images. No doubt those of you looking for publish quality images for your ISDT  / Vintage publications will find this a helpful resource for rights managed images as it appears a lot better than Morton’s own online gallery:

This blog was generated direct off the page but does not appear to share the image but just the key worlds which were for an interwar image taken on the Großglockner. The numbers of images available seem very impressive. The standard ISDT search found 519 images. I was able to create a URL to display the watermarked image here from the gallery page.

Thanking our many many visitors in 2013 and especially those getting in contact to share their own personal and family memories of the ISDT and the riders. We stil lhave lots more to rediscover and save for the event and are reliant on your support. Coming soon will be a bumper posting of images of the ISDT in Wales recovered from back issues of Das Motorrad recently acquired for the web archive.

When I restarted Taff’s site, all I had to begin with was a website copied to a harddisk drive that I had been able to download in its entirety from his old server. Since then I have been greatly helped by Taff and his friends like ‘STB’ and Brian Catt. Between gifts , loans and acquisitions I have been able to get back to the original hard copy material and started to scan to archive these materials so as to enable people to access and view this material at what ever time and place suits their convenience. Below is an image of some of the material I now control that may be one of the most intact archives of the Event even considering the FIM and National Federations material. 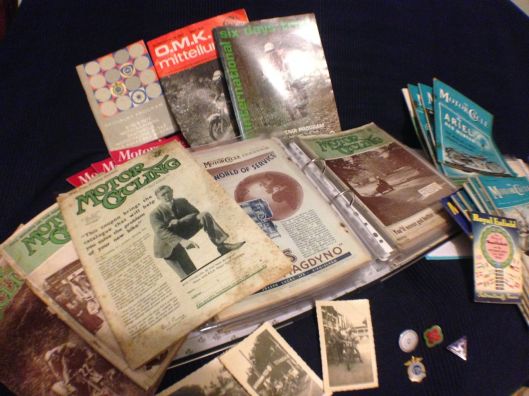 END_OF_DOCUMENT_TOKEN_TO_BE_REPLACED

Thanks to our ever reliable Euro correspondent STB who has provided us with a copy of the Official programme for the ISDT 1978 held at the High Chapparal in Sweden. The programme is not complete and pages are missing although these are likely to be adverts aimed at local service providers who helped support the event. We have uploaded the programme to our library at issuu.com

In the 20th January 1966 issue of the popular motorcycling magazine ‘the Motor Cycle‘ is an article  written by Peter Fraser and covering the plans of the newly appointed British Team Manager and ISDT medal and trophy winning Stalwart Jack Stocker and his deputy Eric Davey.

Age 49, first rode in the ISDT 1937 on a sidecar outfit; member of British teams from seven years from 1948 to 1954, won a gold medal on every occaision. Was factory supported by Ariels from 1935 to 1948 and Royal Enfields from 1948 to 1954. Rode three-fifty singles, five hundred singles and twins and seven-fifty twins in the isdt. Following illness in 1955 assisted with organization until 1961. Well known as a successful one-day trials rider and scrambler on both solos and sidecars. 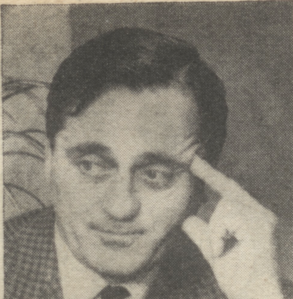 Age 42, joined the Royal Artillery in 1937, transferred to REME in 1943, became manager of Army motorcycle team for 1961 for the ISDT in Wales, has become well known to riders at ISDTs since. Noted for his capabilities in the organizing sphere, knows the terrain in Sweden, scene of this year’s trial. Eric is a regular soldier with the rank of Major, at the Army MT school, Bordon, Hants.

END_OF_DOCUMENT_TOKEN_TO_BE_REPLACED 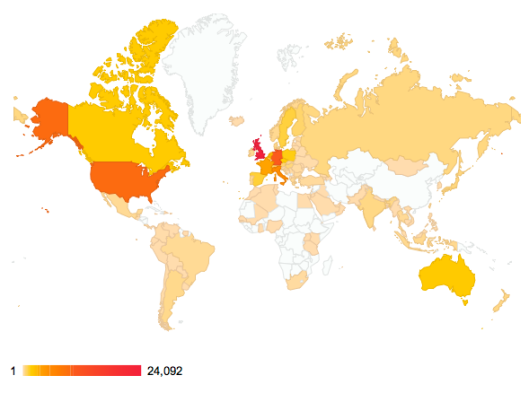 It was over a year ago whilst searching for some ISDT specific archive photo’s I was given a number of photos I had no need for. Such things are not items you can simply fling and I looked for a home to donate them to. I was pointed to Speedtracktales but on arriving found the site had gone, unknown to me the originator had come to the end of his ability to sustain the costs with maintaining the url and servers for a labour of love. Luckily some persons had sidled it away onto a free site where the contents could be seen. Eventually finding Taff Issacs who was the originator he had no way to edit further and my photos were not of much use. After a bit of correspondence I agreed to set up a new website and rehouse the collection so that it could be easily accessed by persons wishing to research the historic years of the International Six Says Trial before it changed its name to International Six Days Enduro in 1981.

END_OF_DOCUMENT_TOKEN_TO_BE_REPLACED

We have been diligently, with the help of many supporters, pulling together the images of the ISDT in a hope to protect the history of the event and convey how the changing century imposed its standards on the attire, machines and attitudes of those riding. However our most frequent request from readers is to see copies of historic results looking for the names of family members, history of bikes or other studies of the riders and venues for the events. I made an appeal to our faithful supporters to help to bring together the results of the event as it seems many national governing bodies no longer hold these in their archives. 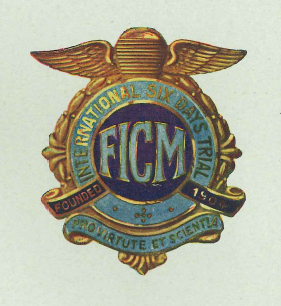 The original emblem of the FICM

Thanks to the efforts of our secret agent in Germany, the FIM itself has stepped in and has scanned and provided all the remaining copies of Final Results and Stewards Reports they hold. The collection is substantially complete and and we will be releasing these as pdf files, hopefully with some analysis of the material they contain on the event pages. Speedtracktales wishes to thank Marc Pétrier of FIM Information Resources who has facilitated the scanning of the FIM archive of ISDT results material and is allowing us to make it available here as a public service. You will be able to download a copy of the original Results and Stewards Report.

END_OF_DOCUMENT_TOKEN_TO_BE_REPLACED

Approaching the end of the first 9 months after taking over and updating Taff Isaac’s old ISDT site I have mostly focussed on consolidating and correct the errors in the material as well as start filling some of the years missed. I have been able to re-discover some rare archive material. For the first anniversary I am hoping we can start to create new original material that adds to the understanding of the ISDT rather than just gathering old archive material to allow SpeedTrackTales to become more of a publication, although always free to anyone wanting to read.

I have been looking through the Search Terms that have driven visits to the site and looked in particular at those search terms I think we might be deficient in that appear high in reader search terms. I am proposing over the next year 3 months to prepare articles on the following and would encourage anyone who can help me with material or copy to make the articles from.

As a post script to this post I must sadly add that i have just discovered of the recent passing away of Ken Heanes in October 2012. Another great loss to the community of the ISDT and hopefully we can ensure his achievements can be preserved here for future generations of Heanes family members to discover.